A thank you to all those who participated and especially to those who had enough patience to finish it.

And since the Community is always a source of learning for me, I want to share that I found that, for the solution, we mainly divided into two large groups according to the technique used to obtain the coloring between the lines:

Then, with the learning achieved, I share a solution procedure to the challenge using both techniques, in addition to solving it, helping us to understand the main differences and similarities between the techniques.

So that the user can choose between: 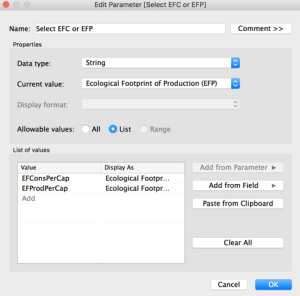 Step 2: Define the “Filter” variable to filter the data.

Its value will be TRUE for all those records corresponding to the “Biological Capacity per Capita” and for those in which “Ecological Footprint per Capita” matches the one selected by the user in the parameter.

The variable will have only two values: 1) “Biological Capacity” and 2) “Ecological Footprint” regardless of whether it is its consumption or production value.

Step 4: Define the measures of Biological Capacity and Ecological Footprint

This in order to have an independent variable according to the record that is treated.

According to the technique used, the formulas will be defined. You have to remember that in the:

Move to the shelves of:

Indicate the option of Stack to use:

According to the technique used, change the order in which the variables should be displayed. The key is in the orderin which the “White Area”is deployed.

And with this we conclude the chart of colored between lines! 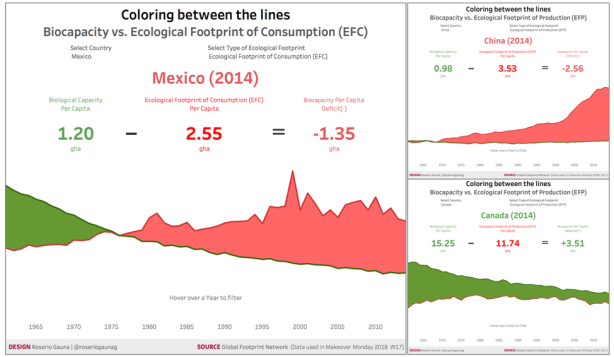 You can see that both techniques have a similar level of difficulty.

Which technique do you prefer to use for your next line shading chart?

Next, I share a diagram to review how the “measures” of the area chart would look if they were adding one after another, in both techniques: 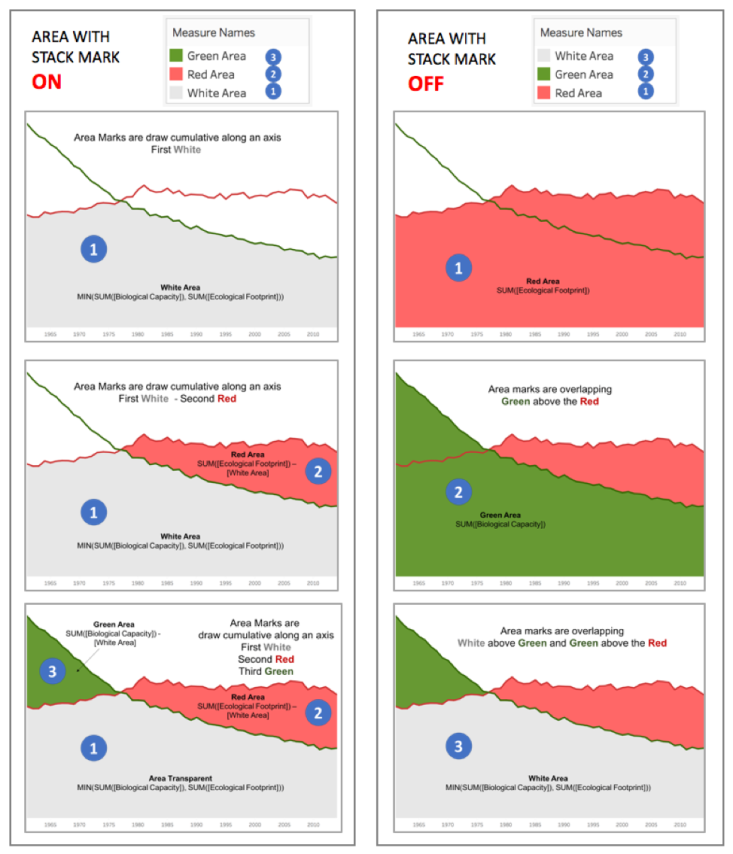 If you have any questions about the blog, do not hesitate to contact me on twitter (@rosariogaunag)

One thought on “Coloring between the lines”